In October 2020, Penn State began purchasing 100% of the renewable energy generated at three solar farms in Franklin County, Pennsylvania. At the time, it was estimated the solar arrays, would produce over 100 million kilowatt-hours of electricity annually and save the University approximately $600,000 in energy costs in the first two years of operations and more than $14 million over the 25-year contract.

“The last two years have been a rollercoaster for energy costs; first they plummeted due to the pandemic and now they are well above pre-pandemic levels in most cases,” said Rob Cooper, senior director of energy and sustainability in the Penn State Office of Physical Plant. “When it comes to our solar energy agreement, the University made the right decision at the right time, and we are already seeing many of its benefits.”

Even Public schools are increasingly using savings from solar energy to upgrade facilities, help their communities, and give teachers raises — often with no cost to taxpayers.

One school district was able to give pay raises to its teachers as big as 30%. Another bought new heating and ventilation systems. The improvements didn’t cost taxpayers a cent, and were paid for by an endlessly renewable source — the sun.

Did you know that one-third of all the nation’s solar-powered schools are in the Golden State? California has the greatest number of solar schools and the most solar capacity followed by Connecticut, Washington, D.C., and Hawaii.

Between 2019 and 2021, Washington State saw solar capacity grow more than eightfold, while Wisconsin, Illinois, Arkansas, and Virginia all at least doubled their installed solar capacity. 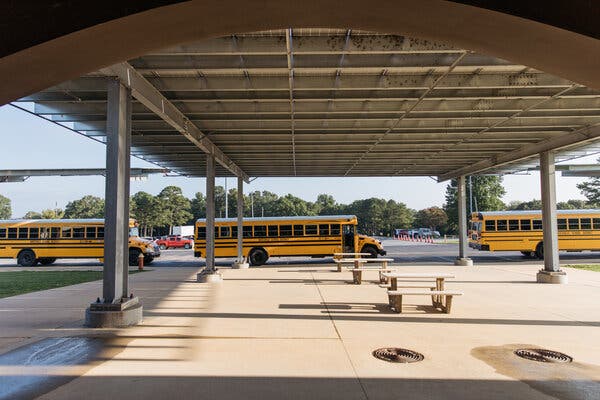 Much of this growth has been enabled by third-party financing models like power purchase agreements, or PPAs. For schools, these agreements can slash thousands of dollars off their utility bills and remove up-front costs associated with solar installation.

At Denver Public Schools in Colorado, for example, PPAs with several solar developers have helped the 90,000-student school district install 9 megawatts of solar capacity at 50 schools.

Over and above, if all, the roughly 130,000 K-12 schools were to fully transition to solar, Generation180, a clean energy non-profit, calculated there would be an annual reduction of 60 million metric tons in carbon emissions, the equivalent of shuttering 16 coal-fired power plants.

However, there is still work to do, as some 90% of U.S. schools still lack solar panels. We still have a long way to go to reach the goal of 100% clean energy and the speed and scale of the climate crisis calls for us to respond faster than ever.

Know that you are not alone in making a change today. Staten Solar is here to help you make the move to renewable energy. We will help you find the right solar panels for your budget and energy needs. Call us today!