Solar and wind power can grow enough to limit global warming to 1.5C. According to a recently published report, if the 10-year average compound growth rate of 20% can be kept to 2030, it is achievable. Independent climate think tank Ember announced this news on Wednesday.

“If these trends can be replicated globally, and sustained, the power sector would be on track for 1.5 degree goal,” Ember said in its report.

“We’re getting closer to that break-even where wind and solar can cover new electricity demand, but we are still not quite there. If we support those growth rates we see, we will be there shortly”.

Technology advancements are also in favor of solar energy. Scientists from the University of Surrey and Imperial College of London have achieved an increase in energy absorption in ultra-thin solar panels by 25%, a record for panels of this size.

The panels in the study reached absorption levels of 26.3 mA/cm2, compared to an earlier absorption record of 19.72 mA/cm2 from 2017. Increasing the efficiency and absorption of ultra-thin panels is crucial to achieving low-cost photovoltaics.

“One of the challenges of working with silicon is that nearly a third of light bounces straight off it without being absorbed and the energy harnessed,” said Marian Florescu from the University of Surrey’s Advanced Technology Institute in a statement.

Amory Lovins, an adjunct professor of Civil and Environmental Engineering at Stanford University is arguing for the mass insulation of buildings alongside a vast acceleration of renewables. “We should crank [them] up with wartime urgency. There should be far more emphasis on efficiency,” he says. 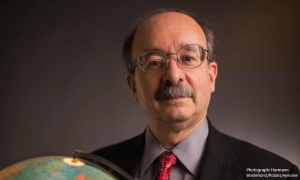 Lovins has been one of the world’s leading advocates and innovators of energy conservation for 50 years. He is also known as the ‘Einstein of energy efficiency’.

“Solar and wind are now the cheapest bulk power sources in 91% of the world, and the UN’s International Energy Agency (IEA) expects renewables to generate 90% of all new power in the coming years. The energy revolution has happened. Sorry if you missed it,” he says.

“When you have a climate and energy emergency, like now, you need to invest judiciously, not indiscriminately, to buy the most efficient solution. Far better to deploy fast, inexpensive and sure technologies like wind or solar than one that is slow to build, speculative and very costly. Anything else makes climate change worse than it needs to be,” he adds.

He further demolishes the technology with statistics. “In 2020 the world added 0.4 gigawatts more nuclear capacity than it retired, whilst the world added 278 gigawatts of renewables – that is a 782-fold greater capacity. Renewables swelled supply and displaced carbon as much every 38 hours as nuclear did all year. Where nuclear is cheap, renewables are cheaper still, and efficiency is cheaper than that. There is no new type or size or fuel cycle of reactor that will change this. Do the math. It is game over.”

The rapid growth of solar and wind power in recent years has breathed hope into global efforts to reduce greenhouse gas emissions and limit the most dangerous effects of climate change. If we add energy efficiency to it, it is certainly the fastest, cheapest, safest, largest and cleanest way to address the climate crisis.

Falling costs have been the biggest factor in the explosion of renewable energy. Since 2010, the cost of solar photovoltaic electricity has fallen 85%, and the costs of both onshore and offshore wind electricity have been cut by about half. Both of these renewable sources are now cost-competitive with fossil fuel electricity.

It is time to live smart and work smart. Whether it is your home or your business, stabilize and shrink your utility bills by installing solar panels. Get more energy independence. Make an investment that pays you back today and tomorrow. Know you are doing something about climate change.

Call Staten Solar today for a customized solar solution for your business and for your home as well. Call 408-78-2889 or fill out a short form here.